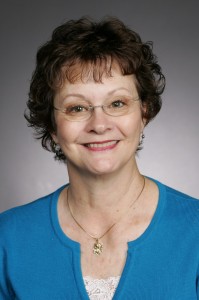 This spring most certainly brought many challenges to the birds and to those who watch the birds. One morning I use the heater on the way to work, but by the time afternoon commute arrives, I’ve switched to the air conditioning. How do our feathered friends know whether to continue migrating or lie low until yet another cold front or rain and hail storm sweeps across the plains? They seem to have managed. I seem to have managed.

But the birds cooperated quite nicely and that day we had an impressive total of 56 species on our 80-acre refuge. A happy White-eyed Vireo accompanied me along my quest for morels and birds and the Broad-winged Hawks were back. Brian spotted a flock of about 200 American White Pelicans, some Franklin’s Gulls, a Peregrine Falcon a Harrier, Barn Swallows, Lark Sparrow, Gnatcatcher, some Rusty Blackbirds and an Orange-crowned Warbler. There was even a Western Meadowlark.

On April 14th, it was very warm and we found quite a few Chipping Sparrows. They were coming to the feeder behind the cabin and it was fun to watch these tame little birds pecking away at the seed offerings. The mid-week ice storm did not seem to affect their activities. There were a few Yellow-rumped Warblers around and the Kentucky and Black and White Warblers were singing along with the Louisiana Waterthrushes. Swainson’s Hawks were moving overhead and we even found three in the neighbor’s pasture on the ground. Throughout that week several people told me about seeing a large flock of “some kind of hawks” in various places. Most likely Swainson’s. Cool birds. Our Juncos had moved on and I miss them.

Wild Turkey have begun to visit and we’ve heard and seen them since early April. Otter tracks along the pond tell another tale. Our catfish-snatching little furry friends have been feasting again, although I don’t there was much left on which to feast. While our land has had adequate moisture to make things grow nicely, there has been little runoff and our ponds are still very low.

Discovered something else pretty yummy about early spring – Poke Salit. OK, that’s a good old Okie term for those tasty wild greens. When they mature and the berries ripen, many fruit-eating birds love them, but people can eat the tender young leaves. The first time I was served some about 30 years ago it was a disaster and that’s all I am going to say right now. Now when one does know how to prepare them, they make tasty eating indeed. The fire that came through our property a couple of years ago created great habit for pokeweed to flourish. Needless to say, I’ve enjoyed some delicious servings of Poke Salit and even dug some up and planted them in our OKC back yard. Quite yummy with an omelet or frittata for breakfast.

On the 20th and 21st of April we heard our first Chuck-will’s Widows. The first Grasshopper Sparrows had arrived and some migrating Savannah Sparrows were seen and we found a Winter Wren. Great-crested Flycatchers, Scissortails and Purple Martins were back as were the Summer Tanagers. We even had a pair of Wood Ducks in a little swamp across our creek. Sounds like spring, indeed! And we found more morels in spite of the chill. In fact, we had some for me and some to share.

On the 28th of April, our bird checklist really lit up. We found a total of 58 species in one afternoon and evening. Among the notables: Yellow-breasted Chat, Warbling Vireo, Prothonotary Warbler, Lark Sparrow, Nashville Warbler, Painted Bunting, Western Kingbird, another Winter Wren and a Roadrunner.

Our OKC yard served as a home for a family of Bewick’s Wrens. They used one of our bird boxes. On the evening of one of our hail/wind/rain storms, at least three feisty fledgling wrens chose to leave their nest. Sam had gone to close the garage door and found one of them perched on my truck. It saw us and flew over to the side of the garage and hid behind some “stuff” on a high shelf. I got on a ladder and gently moved the stuff and it then flew over the top of the garage door to the other side of the garage and hid behind some more “stuff.” In the meantime we could see the greenish clouds and hear the rumble and the wind had begun to gust. We turned out the garage light and I moved the stuff and we were so relieved when it flew OUT of the garage and headed toward our privacy fence. That little bird could fly, but if it were to receive a grade for its efforts, I think it was around a C-minus. With juvenile wings flapping as hard as they could flap, it thought it was tough enough to fly high enough to get over the fence. Not! When it bounced off the fence it didn’t appear injured because it had not gained much speed, but we stood there and laughed at the hapless little character. The adults were frantic, so we kept our distance. (And ran into the house before the hail hit.)

The storm hit and the hard rain and hail hit, but we didn’t get any damage to anything but a few hosta leaves and tender tree leaves. The next day Brian found two of the young wrens chirping and flapping about the yard. Whew!

I think we’ve also raised a brood of Chickadees and the Robin has a nest in a tree in the front flower beds and the Mockingbird hangs out near a clump of greenbriers in the corner of the back yard. Cardinals come to eat cracked pecans and Jays squawk and visit the feeder along with the Clay-colored and Chipping Sparrows. There is a neighborhood Phoebe, but I haven’t found their nest yet. The Mississippi Kites are back in their trees along South Walker at SW 85th Street. Yep… I will concede that spring has officially arrived. Now I have to get the garden planted!