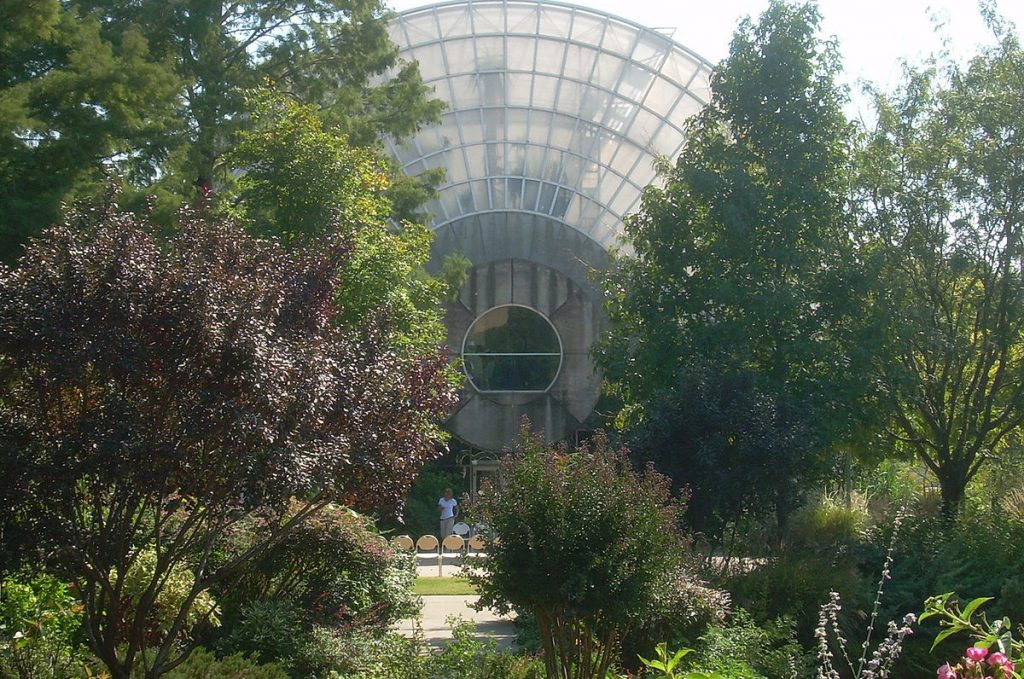 Located in downtown Oklahoma City, the Myriad Botanical Gardens is one of the city’s urban birding hotspots. Only a few minutes’ walk from downtown attractions (Bricktown, Chesapeake Energy Arena, and the Oklahoma City National Memorial and Museum), a short drive from Will Rogers World Airport, and easily accessible via public transportation including the Embark bus or the Oklahoma City Streetcar, the Myriad Botanical Gardens offers a convenient escape into nature.  If arriving by car, metered parking is available on the streets around the perimeter of the grounds.  Additional fee parking can be found in the several surface lots or parking garages in the immediate vicinity.  Admission to the grounds is free to the public (an entrance fee for the Crystal Bridge Tropical Conservatory area is required).

As a key attraction in downtown, the city does a good job of making the area safe.  Police on bicycles regularly patrol the grounds and crime in the area is generally low.  There are emergency beacons scattered throughout the park, which can be used to contact the authorities if needed.  The contributor has birded the area alone at all times of day, and feels safe, though standard safety precautions should be followed, and the minor nuisances associated with the center of any major metropolitan area should be anticipated. 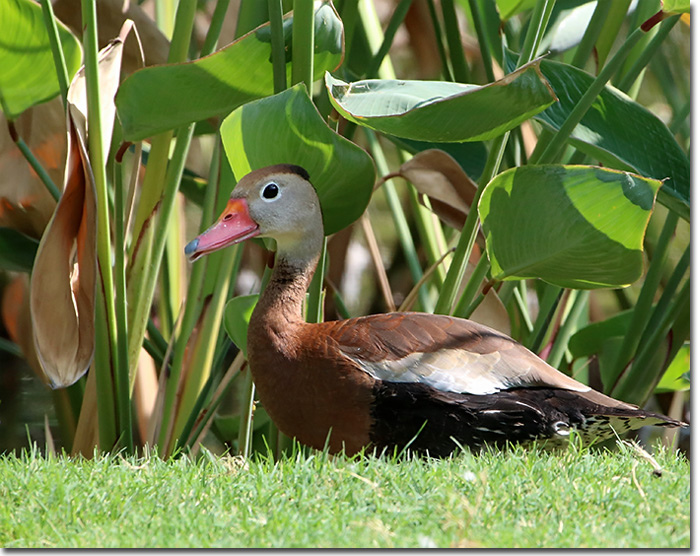 The grounds consist of 15 acres of habitat including manicured lawns, brush, open woodlands, native grasses and ponds. All paths throughout the property are paved/gravel.  Boasting a list of well over 100 bird species observed (eBird, https://ebird.org/hotspot/L788933?yr=all&m=&rank=lrec), the Myriad Botanical Gardens offers a good cross-section of central Oklahoma’s avian life.  This species count is more impressive considering that the habitat is most conducive to song birds (passerines).  However, due to the Myriad Botanical Gardens’ highly maintained nature, event schedule and popularity, there are times when birding can be depressed due to high human activity.

Throughout the seasons, the most productive area of the grounds, from a species perspective, is probably Meinders Gardens.  A detailed map of the Myriad Botanical Gardens can be found in the following link (http://oklahomacitybotanicalgardens.com/wp-content/uploads/2013/08/2015-MBG_Map.pdf).  Located in the northeast corner of the block, Meinders Gardens offers a good mix of mature trees, brush and water.  Species diversity in this small space can be especially impressive during migration after weather fronts move through the area, when birds such as warblers seek rest and refuge during the day.

Currently, there are two feeding stations in the Myriad Botanical Gardens.  One in the Meinders Gardens area, the other in the southeast quadrant.  Although these feeding stations are generally neglected, when filled, they can congregate wildlife.  Pay attention to the many water features in the park, as birds often use them for both hydration and bathing.

During winter/migration, look for sparrows in the lawns and weedy/brushy edges.  During the spring/summer, in the large sycamore trees along Reno Ave on the south side of the block, Kingbirds and Baltimore Orioles can often be seen and heard.  Woodpeckers occur in the Myriad Botanical Gardens, but are not common.

While in the gardens, be sure to also scan the tall buildings in downtown to the north/northeast.  Given the time of year, raptors such as Turkey Vulture, Mississippi Kite, Red-tailed Hawk, American Kestrel and Peregrine Falcon can be observed soaring among the skyscrapers.

Below is a list of birds (not exhaustive) that can be observed in the park. 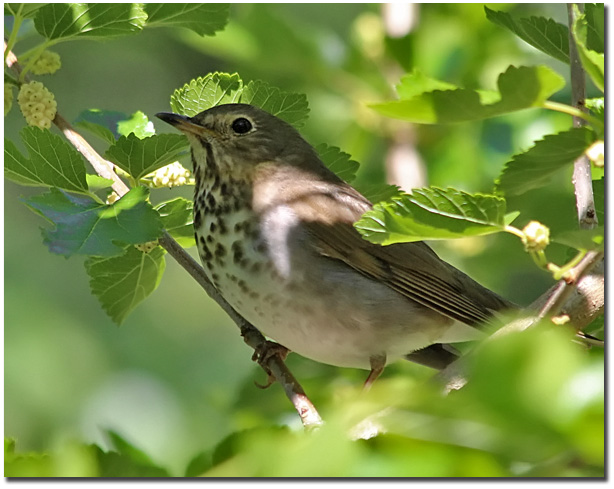 While there are birding hot spots in the metro that boast larger species lists than this relatively small park, the Myriad Botanical Gardens offers a truly unique birding setting for Oklahoma City.  It’s location in downtown makes it somewhat of a migrant “trap,” which is exciting for birding, but also forces one to consider troubling conservation issues that contribute to this.  However, the Myriad Botanical Gardens is worth considering whether you’re visiting the city with an hour to spare, or a local looking for a new haunt.