I would say the best birding area is along the trail from about a ¼ mile south of Reno down to the far south end at SE15th. There are a few side trails off the main paved trail where you can get into some thicker brush and cover habitat. The south end only has trails along the west side of the creek except for the ball fields area which aren’t birdy. The north section (Reno to NE 10th) has paved trails on both sides of the creek. The north end doesn’t have a lot of undergrowth or cover but some of the homes backing up to the park do. The north end has more tall trees and perhaps more large nesters like Crows and Red-shouldered Hawks. I think Yellow-crowned Night Herons nest somewhere close by to as I see them more often at the north end but sometimes along the creek at the south section, too. 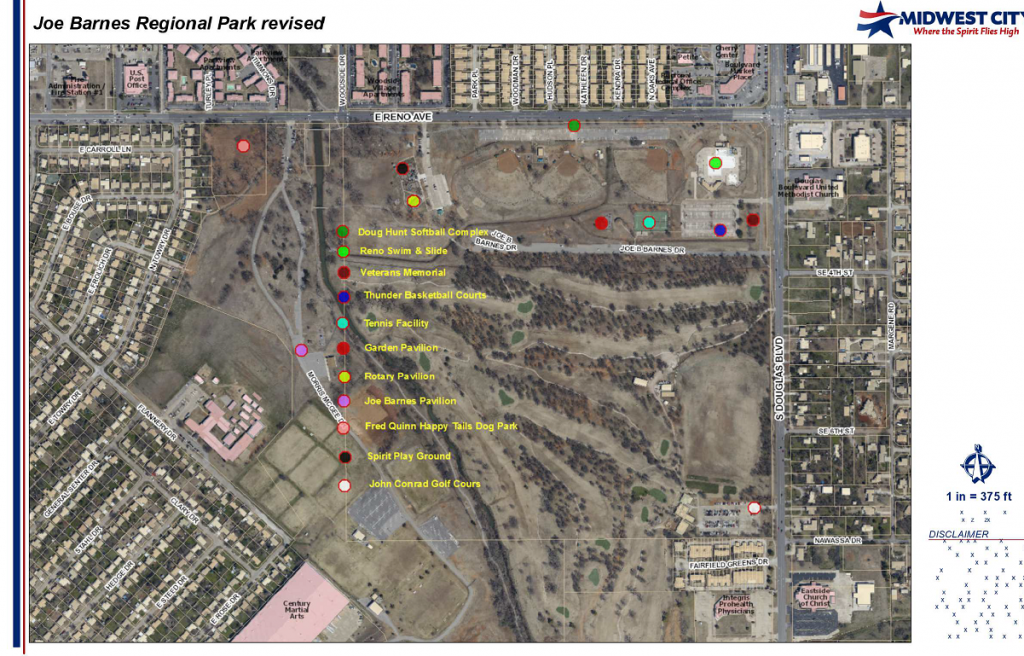 My list of 110 species (below) doesn’t have much waterfowl but consists of the usual run of woodland birds. Mississippi Kites are common in breeding season. White-wing Doves are regular in the park, usually the north end. Woodpeckers are not plentiful but several species can be found. The normal range of flycatchers abound in the park. Red-eyed and Warbling Vireos are common. Fish Crows are around almost all year and may nest nearby.

Surprisingly, I’ve had 14 species of warblers in the park including Louisiana Waterthrush(nester), Tennessee, Nashville, Mourning, Common Yellowthroat, American Redstart, Magnolia, and Black-throated Green to name a few. A constant vigil during migration might yield a few other surprises. Other migrants like egrets, Harrier, Broad-winged Hawk, Yellow-billed Cuckoo, Acadian Flycatcher, Blue-headed Vireo, swallows, Catbird, Rose-breasted Grosbeak, Blue Grosbeak, and Painted Bunting should be watched for but not expected every year. My winter birding here is limited but the park should be checked for things like sapsuckers, wrens, Cedar Waxwings, sparrows and siskins.