(From Tulsa Audubon Society’s “A Guide to Birding in Oklahoma.”)

Rose “Lake” is not really a lake but an area prone to flooding if there has been sufficient rain which floods the adjoining bottomland fields. It is reached by driving west on US 66 past Morgan Road to Sara Road. Turn north on Sara Road and continue to NW 63 where Sara Road ends. Much of this road is sand and gravel and can be muddy and soft from rains and heavy truck traffic. In spring and late July through September, if flooding has occurred, shorebirding is fantastic and hundreds of herons and egrets may be feeding. Over thirty species of shorebirds visit Rose Lake every year when conditions are favorable. During years when water covers it for longer periods cattail growth has attracted nesting coots, Common Moorhens, Pied-billed Grebes, and Least Bitterns. During migration hundreds of Yellow-headed Blackbirds and dozens of Bobolinks may be seen in nearby fields along NW 63rd and NW 50th streets. 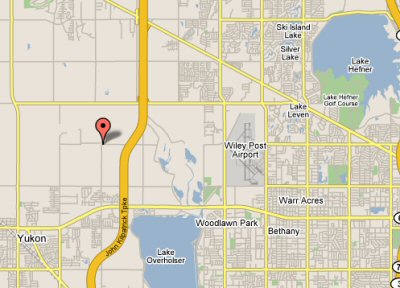