Fifty hearty souls participated in our December 16, 2017 CBC. It was very windy throughout the day with sustained southerly winds of 15-20 mph (gusts approaching 30 mph). Temperatures were mild with a morning low of 32 degrees and an afternoon high of 61 degrees. Expectations were not high due to the wind but they were sure exceeded once the 21 count teams started reporting – we tallied 127 species (71,881 individuals) through 127.25 collective party-hours (walked 46.33 miles, drove 327 miles) and 1.5 hours of owling.

An immature Snowy Owl was found at Lake Overholser on the bank (far NW corner) and likely was a different owl than the ones recently found at Lake Arcadia and Will Rogers Airport! Other rare birds include two Black-bellied Whistling Ducks (Myriad Gardens), Red-necked Grebe and Pacific Loon (Lake Hefner), American Bittern (little wetland near the Oklahoma River), Neotropic Cormorant (Lake Hefner), Northern Goshawk (near Oklahoma River), Inca Dove (OKC Zoo) and a flock of 40 Red Crossbills in a hedge of Arborvitae at the OKC Golf and Country Club.

A small covey of six Northern Bobwhites at Stinchomb Wildlife Refuge was an excellent find and sure uplifting considering their recent decline.

We missed Loggerhead Shrike, Lapland Longspur which is highly reflective of grasslands/agricultural fields that have been converted to development. We also failed to get lucky on Barn Owl as it had been previously found in red cedar (now removed) at Martin Park. We did manage to still log a Tree Sparrow (retreating southern range).

We also had a couple of noteworthy Count Week birds (found three days on either side of the Count) including 5-6 swans, Red-throated Loon, Townsend’s Solitaire and a Vesper Sparrow.

We had a very festive compilation dinner (Johnny’s Charcoal Broiler) where kudos were given to John Shackford for his efforts in being the Count compiler/leader for over 10 years while recognizing Bill Diffin’s outstanding leadership (outgoing president) and welcoming our new president, Betz Hacker. Also, appreciation was given to Pat Velte for providing invaluable technical support and to Diane Newell and Patti Muzny for being gracious hosts on previous count parties.

We were missing several regulars too as they were attending to family members in need or were sick/ injured themselves. And apologies in advance if I missed anyone as I will be sure to make this correction as soon as possible! 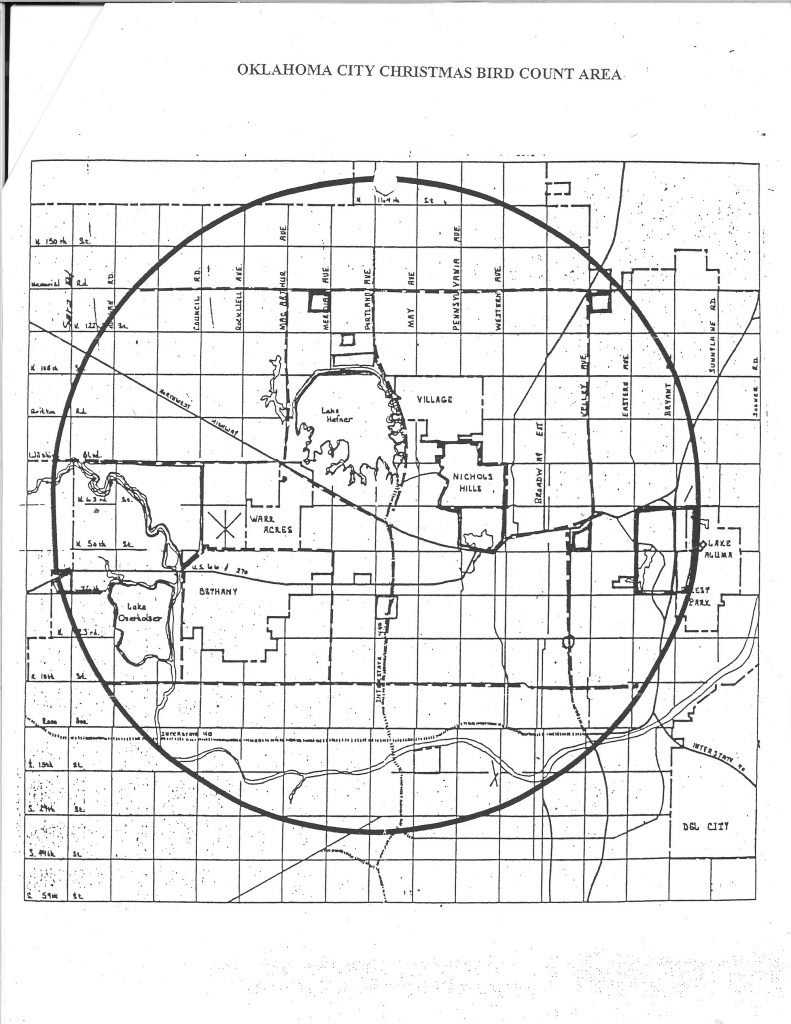 See Audubon’s map of all the Christmas Bird Count circles