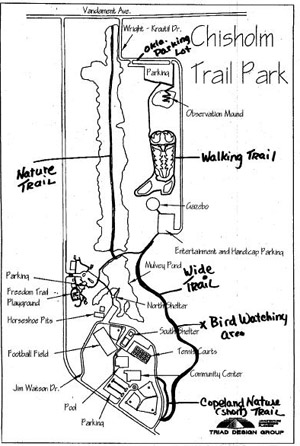 Description: Yukon City Park, Chisholm Trail Park and Freedom Trail Playground are interconnected recreation facilities on approx. 100 acres in Yukon just north of I-40. The Copeland Nature Trail runs along a heavily wooded creek on the east side of the park. The trail includes tall cottonwoods and several patches of dense trees with heavy undergrowth. There is a gravel trail through the woods on the south end of the park. The north end of Copeland Trail is dirt or grass and follows along the 5-acre Mulvey’s Pond. There is also a wide dirt trail along Spring Creek that goes north from the dam. This trail runs north across open fields to Chisholm Trail Park. 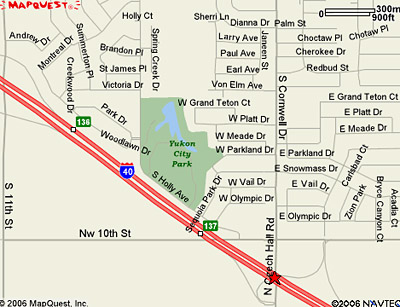